Returning from Zurich to Paris, we had charted out our journey from Zurich to Geneva in the Google maps, which we thought would be a very good scenic route. We were correct, this route went through the mountains followed by valleys and miles of beuatiful views. Unfortunately, there were no spots where we could park and take some pictures. We then took a small detour into a small town called Morges, Switzerland.

We traveled towards Geneva, however, before approaching Geneva we decided to take a detour through the mountains Switzerland and France bypassing Geneva. At about 30 minutes before Geneva we changed our course, directed our GPS to head towards Paris. The GPS directed us to take 123 Route Blanche. It took a course through the  Swiss Mountains to the Swiss-France border near a small Swiss town La Cure. From here it connected to the route N5 in France. This route turned out to the most beautiful route going through the Jura Mountain Regional National Park. We passed through many towns and stopped in one. Here we went to small bakery and bought French bread, mushroom pizza, we then sat in a nearby cafe on the sidewalk.

We encounter some difficulty in communication as the workers practically could not speak English and our French was not sufficient. But Maham negotiated quite well in the bakery. In cafe we met a person sitting alone with his dog and a cigar in his mouth, the kids thought he was a writer chilling out in this cafe. He was able to help us out in ordering. 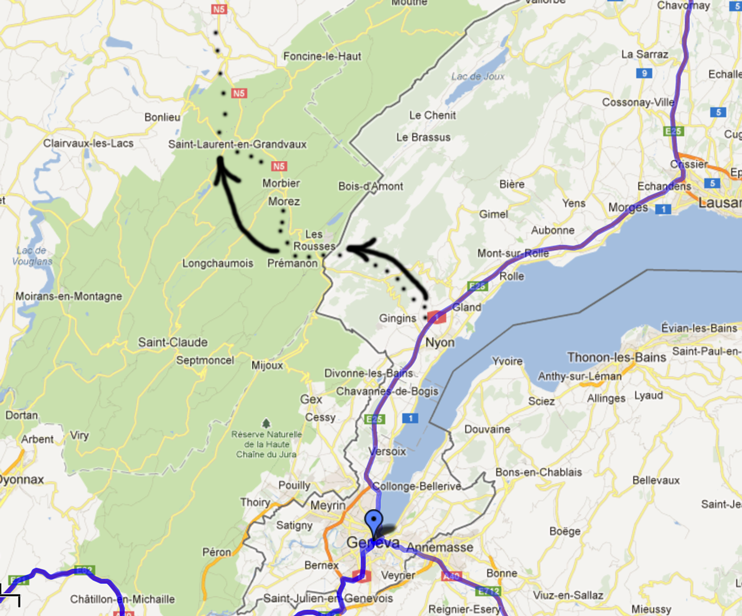 The detour through the mountains 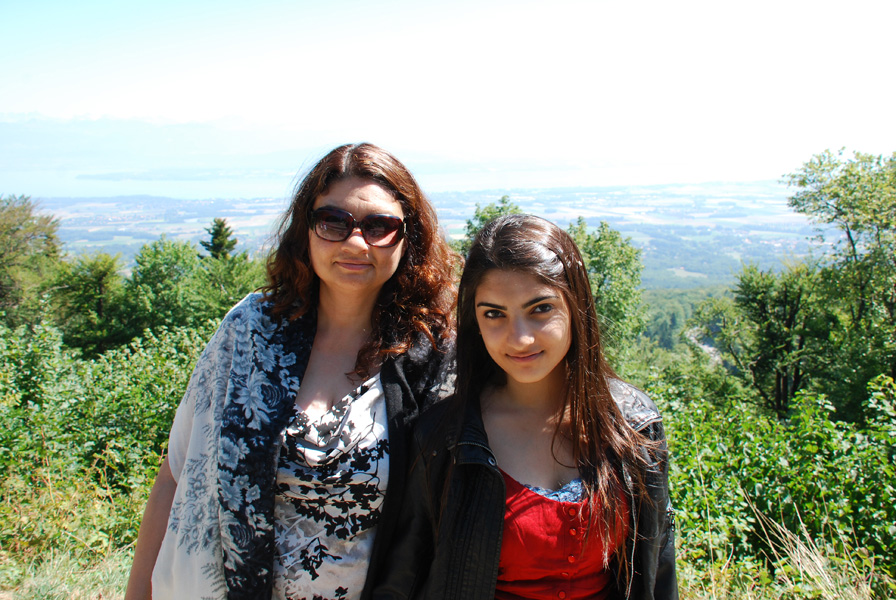 From the Jura Mountain, France 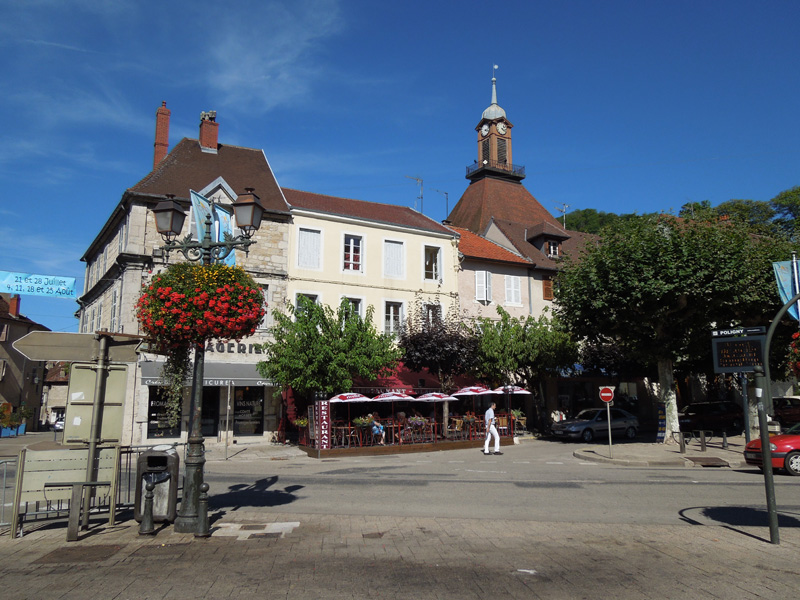 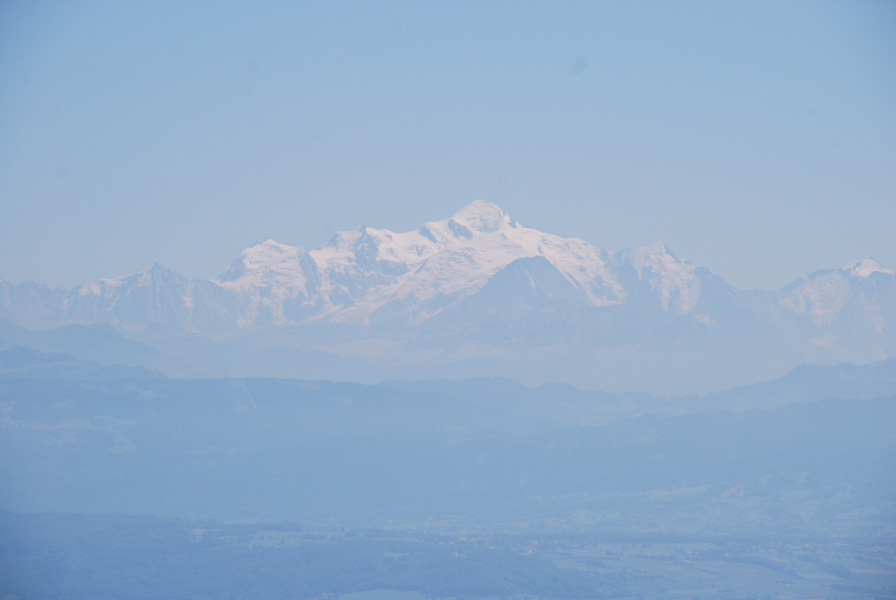 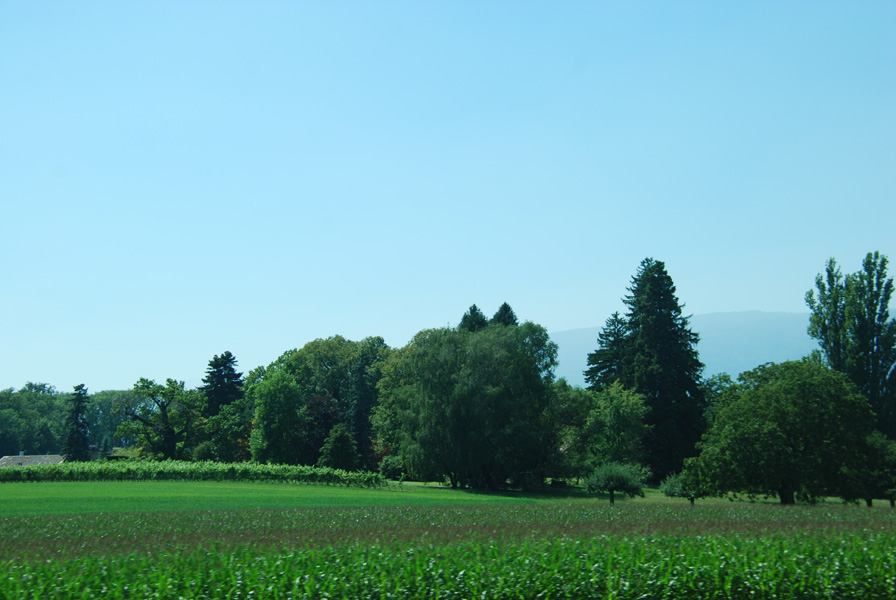 On the way to the mountains 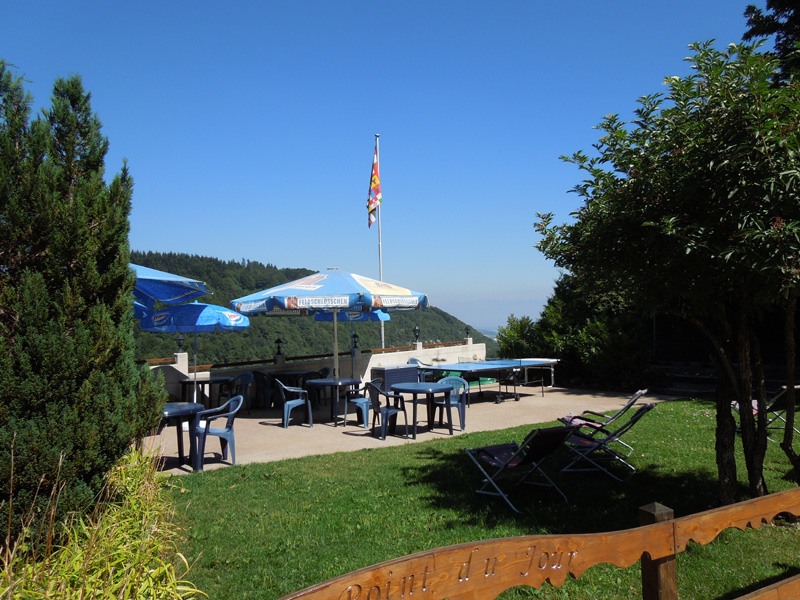 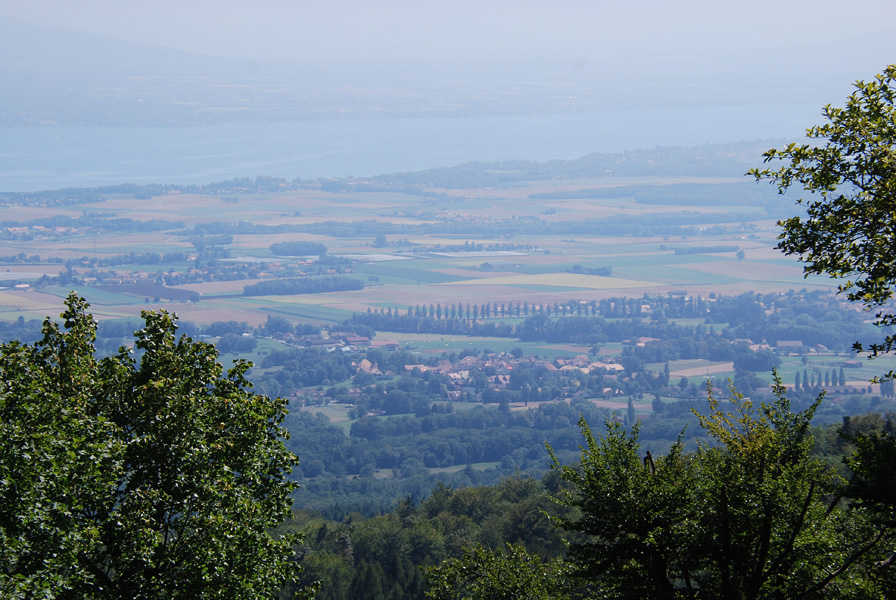 From the top, Geneva valley 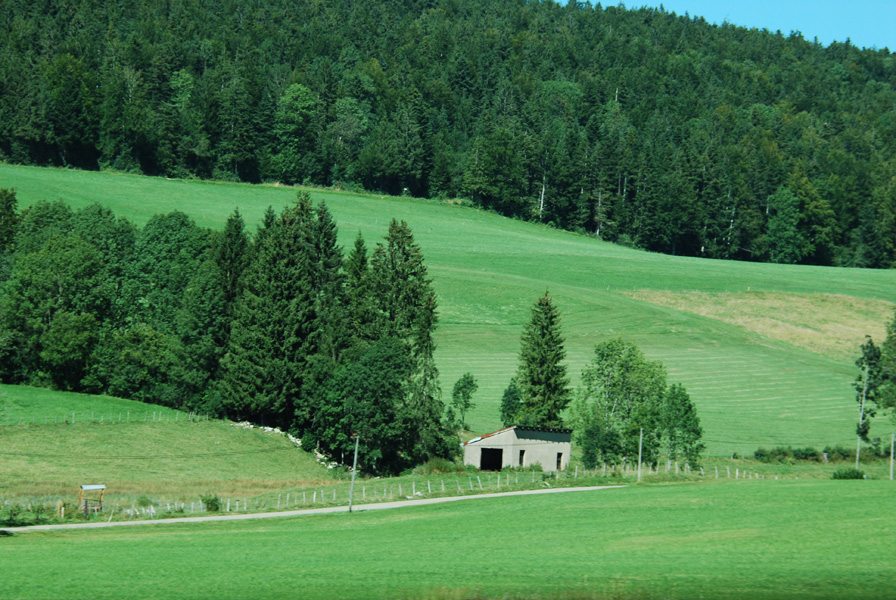 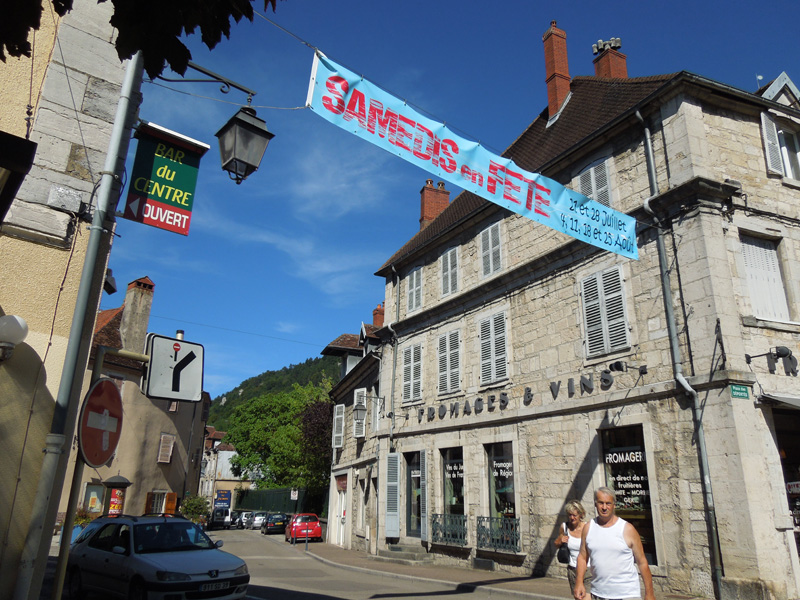 The town where we had lunch on Highway N5