At 1:10 pm on August 9, 2012 we entered Turkey. After 9 days on the road from London, traveling 2,192 miles we were crossing the border of Bulgaria and entering Turkey on a warm, bright and a sunny afternoon. The familiar red flag of Turkey with its crescent was everywhere on the buildings on the shops and at the street corners. It was a small town and main activity was border control.

London to Istanbul – Finally We made it
It was indeed a big sense of relief knowing that no major mishap occurred while traveling more than 2000 miles in an unfamiliar territory that we had never been before. Looking back, we had been to many countries and cities of Europe and seen so many monuments and places in 9 days.  From the big avenues of Paris to small streets of Venice, from Genova, Italy, the birth place of Christopher Columbus to Florence, Italy, the birth place of Dante, from the street performers of Paris to the concert hall of Venice, Italy it had been a very exciting journey through Europe.

Border Crossing:
The border crossing from Bulgaria to Turkey became a real challenge for us. We were informed that even though we have traveled all the way from London to here, with no one stopping us, we were not allowed to take our car because Turkey is not part of European Union. There no insurance papers for this car and they will not allow the car to Istanbul. After almost 2-3 hours of talking to different officials, one officer suggested us to park the car at the border and take a bus to enter Istanbul.  That is what we did. Took our baggage, lucky to have luggage in all back packs, we got on to a Metro bus taking us to Istanbul.

Entering Istanbul
On August 9th, 2012 at about 7 pm just before sunset we enter the gates of Istanbul. Such a giant of a city, right from the outskirts of Istanbul we began to see the high rise apartments, sprawling coastal communities and busy traffic. The bus terminal was huge, more than Grand Central station of New York. As soon as we got off of our bus we needed to find a shuttle or taxi which will take us to our hotel. Within 5 minutes taxi driver approached us and offered his services. We exchanged few words in English, he understood the address, we negotiated the price and off we went to our hotel. 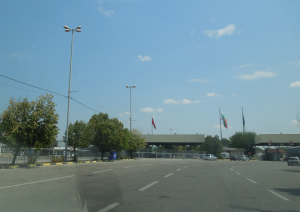 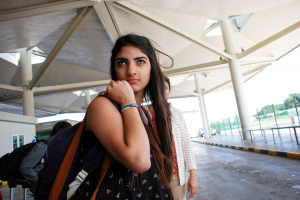 At the Border Control 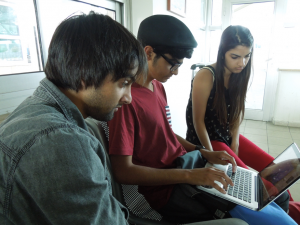 Trying to find WiFi at the Border 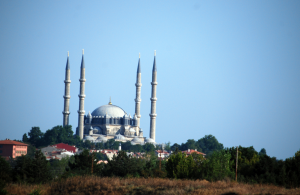 The first mosque as we entered Turkey 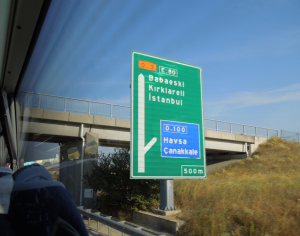 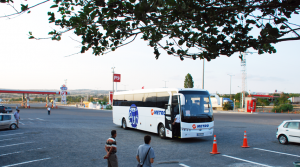 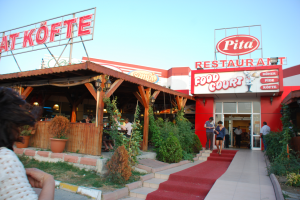 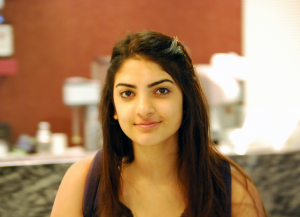